If you’re reading this, you probably know that WordsWordsWords used to be a linguistics and etymology blog, where I commented on, informed about, and played with my language obsession. The last post I wrote of that nature was in November 2011, after which followed a 2 ½ year gap. In its previous incarnation (fortunately, there was no literal flesh involved), the blog had just over 80 posts. When I returned to the blog lately and was cleaning up all the administrative stuff, I looked at the stats for the time I was away.

I was interested to see that two posts consistently got hits. “Simplicity is the ultimate sophistication” is a very common search phrase that lands people at my blog entry about it—281 views in the last year, putting it in second place. Coming in third with 198 hits is “Sibilance, sibilance, sibilance,” which people must be led to when seeking the Saturday Night Live skit featuring Tom Hanks as Aerosmith’s roadie on “Wayne’s World.” (Wayne: Aerosmith is in MY breakfast nook!!) Many consider it to be the best sketch ever on SNL, followed closely by “D*ck in a Box” (12/16/06). Sadly, the link I originally had to the sketch is dead, and I haven’t been able to find another source to link to—NBC is rightly diligent about their copyrights. The date of the episode is 2/17/90. You may find it on one of the streaming services, or on one of the SNL “Best of” CD’s. For example, King County Library System has SNL: The Best of Mike Myers, which I assume would contain it.

But coming in number one as my most viewed post—by far, with 383 hits this past year—is “Happy Mensiversary.” In celebration of one month of my newly themed blog, I offer a revised version of the mensiversary post. 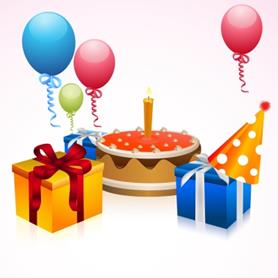 Today marks one month since I wrote my first post on the repurposed WordsWordsWords, which previously had a linguistics and etymology theme. I sure am having a good time with it!

Statistical software isn’t flawless, but it tells me that in that time, there’ve been about 375 page views. It makes me really happy that others are reading and enjoying what I’m writing.

One thing that I discovered the first time around is that a daily post is too much. While I post a few short, whimsical or informational items, my major posts are in the 500+ word range, and putting together an essay like that too often takes more time than I have without something else getting short shrift. I’m never at a loss for ideas, but I want to make sure I have the oomph to keep up the blog. I’ve posted nine in my first month as the redefined middle-aged dyke; at two a week, it’s about the pace I had hoped.

I’ve said “Happy Mensiversary” because “anniversary” comes from the Latin root annus, meaning year (hence annual, etc.). Mensis means month, and we see it in words like menstruate. If you’re an etymologist, the phrase “one month anniversary” strikes a dissonant chord in your ear for that reason. Do a Google search for “mensiversary,” and you’ll see that there’s a world of folks out there concerned with this topic. There’s even a Facebook group called “Make ‘mensiversary’ a word.” I’m not sure how they think a word is made. If I’ve just written the sentence “Make ‘mensiversary’ a word,” it’s a word already. See it there? Right on the page about two inches from the beginning of this sentence.

As for me, I don’t mind if someone congratulates me on my one-month blog anniversary. It would be rude to rebuff such graciousness with a grammar lesson.