That’s the food, not the dance.

When the Professor and I met, we were living in different towns about an hour and a half drive apart. The fact that we had mutual friends resulted in us ending up at the same queer-related focus group, where we met briefly. Emails ensued, and before long we were exchanging seven a day. This was before texting, instant messaging, affordable cellphones or unlimited long distance, so seven emails a day was a LOT of contact, especially considering that we both had full time jobs and I didn’t have a computer at home back then.

Then came the five-hour phone call. We spoke from 10 p.m. to 3 a.m. one night a couple weeks after first meeting. We just couldn’t stand it any more, and I made plans to spend a weekend over at her place. There was a small mountain range between our two towns. In years to come, we would say that I drove over the mountains and never really came back. We had known each other 16 days. (Though in all fairness, it took me another 5+ weeks to move in.) She says half jokingly that part of the reason she fell in love with me was that I made this recipe during my visit. Since then, we have always called it First Weekend Salsa.

Mix all and let sit for awhile to allow flavors to blend.
Because of the corn and black beans, a big bowl of this with tortilla chips is essentially a meal. Enjoy a little bit of it, or a lot! 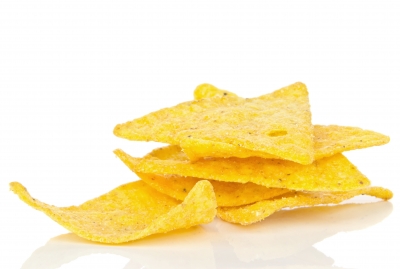