Tonight I was watching an episode of Mad Men, and it suddenly occurred to me that this series was largely about people walking in and out of offices and other rooms. 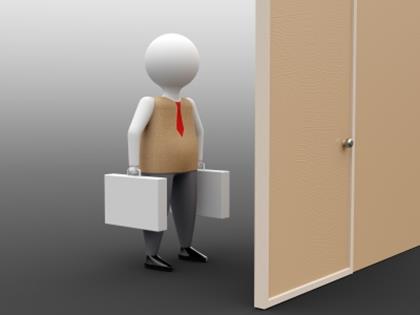 I began counting, then went back and watched the beginning to get those I’d missed before I started the tally. In 47 minutes, there were 32 instances of people opening or closing doors and stepping in or out. This was not counting any occasions when someone crawled through a window (yes, this happened), walked through an already-open doorway, passed through a doorless entrance to a room, or exited a room off camera with only the sound of the door heard. I enjoy this show a lot, but I’m pretty sure I will now be counting on my fingers through every episode.

Sterling Cooper (and its progeny) is really on the move. I’m imagining the sound design staff reading the script in preparation.

2 Responses to Comings and goings