How shall the heart be reconciled
To its feast of losses?
–from “The Layers,” Stanley Kunitz

Today I have been watching a 2006 documentary on Netflix called Forgiving Dr. Mengele. The subject, Eva Mozes Kor, was one of a set of twins subjected to the Angel of Death‘s horrific genetic experiments. She has since spent a career as a real estate agent in Indiana, and is now 80. She attended the 50th anniversary of the liberation of Auschwitz with a former SS who, when many prisoners stepped forward to say he had saved them, was the only doctor to be acquitted of the atrocities. Kor and her twin were the only two members of her family who survived the camp; her twin sister later died from damage done by the experiments, even after receiving a transplanted kidney donated by Kor. At the anniversary ceremony and in other venues, Kor has proclaimed that she, speaking only for herself, has given amnesty to all Nazis involved in the cruelty and murder that she and her family suffered. Her comments are highly controversial, and many are angry at her for forgiving things they find unforgiveable. Many question what the meaning of forgiveness is, if it can be given so freely for acts so unspeakable. But Kor wanted to be healed and to let go. 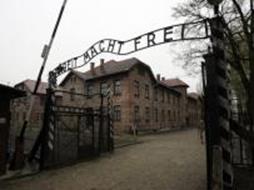 I know the moment that I began to contemplate what forgiveness means to me, and what an incredibly rich, deep, difficult, and wrenching a concept it is. I was on I-35 between Laredo and San Antonio in 1996, heading to the Texas Library Association’s annual conference in Houston. I was listening to NPR. I must have been closer to San Antonio than to Laredo, because there was no NPR station in the latter. Whenever I drove north, I couldn’t wait to get within range of KSTX.

South Africa’s Truth and Reconciliation Commission was in the middle of hearings. The nation, under Mandela’s guidance, had decided to search for healing rather than vengeance. The interview on the radio was with an American man whose daughter had gone to South Africa as a journalist to document the struggle there, but who was swept up in a violent incident and killed. Her death was due to her skin color, and to being in the wrong place at the wrong time. Her father had traveled to South Africa for the hearings and was interviewed from there. He spoke of forgiveness, of letting go of the pain so that he could live. In my memory of it, as I listen to the story I am crying so hard that I pull over to compose myself. Whether that part of the memory is true or not, I do know that the story hit me hard, as evidenced by the fact that I still think of it almost 20 years later.

Many people think of forgiveness as something the wronged party does for the other person—letting off the hook the perpetrator, the oppressor, the murderer, the monster. But after I heard that interview, my thoughts on forgiveness changed. I view forgiveness rather as something done for the one doing the forgiving. This doesn’t mean we forget. It doesn’t mean there shouldn’t be accountability. It does not wait for the perpetrator’s remorse, and in fact is independent of anything related to him, including his presence or knowledge. Our act of forgiveness doesn’t change what happened. It only changes us.

No one deserves forgiveness—and the worse the offense, the less the offender deserves it, if you look at it that way. Why should we forgive the wrongdoer? But if the purpose of forgiveness is to allow the wronged one to heal, then the worse the offense, the more crucial is forgiveness. My heart breaks every time I see a family screaming in anger at the sentencing of a murderer. I only hope they will be able to work themselves around to forgiveness, so that their pain can begin to heal in some measure.

Not all would share this view, however. Some focus most on the act of forgiveness as the pardoning of the transgressor, and debate when that pardon is or is not due. Read Holocaust survivor Anita Epstein’s essay “Why I Cannot Forgive Germany” for a completely different view of the “forgiveness will lift your burden” concept. Another article, “For Jews, forgiveness was never meant to be easy” argues that it is impossible by definition to forgive a murderer, because to receive forgiveness, the transgressor must request it directly from his victim. No live victim to ask, no forgiveness possible. Without atonement, no forgiveness—no “cheap grace.” But what of the ones left behind? They are victims too. Or in mass violence like Apartheid or the Holocaust, how could unknown perpetrators and victims find one another? This is all very thorny ground.

We were at Pearl Harbor last summer and saw a film about U.S. and Japanese war veterans who traveled to meet there on the 65th anniversary of the attack. It was a beautiful thing that made me weep. To look into the eyes of someone who had been your enemy—who killed your friends and tried to kill you!—seeking reconciliation after a lifetime. Who can conceive of the weight of that moment? Another such event occurred when the pilot of a Stealth plane that was shot down over Serbia in 1999 met up in 2012 with the commander of the anti-aircraft rocket unit responsible for his plight. An episode of Dick Gordon’s The Story—now sadly off the air—was dedicated to the meeting. The Serb commander now owns a successful bakery. What did the men do when they met? They spent the day baking bread together! If they can do it, can’t we? Or see the documentary The Power of Forgiveness (available on DVD but not streaming), which looks at the 2006 Amish school shootings, 9/11, and postwar healing in Northern Ireland. Or read about The Campaign for Love & Forgiveness on the Fetzer Institute site, including clips from their Forgiveness film treating, among other things, the 1994 Rwandan genocide and the murder of a police officer. Be inspired by the life of John Perkins, an African American civil rights activist tortured in 1970 by white police officers, but now a voice for reconciliation between oppressor and oppressed.

And so over the years I have compiled this mental catalogue of extreme or high-profile instances of forgiveness, because they leave me in awe. But most of us are not Holocaust survivors. We have not had our children gunned down by a spree killer, or our heads bashed in for holding another man’s hand. Often, our need for forgiveness is on a more fathomable scale. We are carrying around with us the burden of how our family, our friends, our lovers, our co-workers, our neighbors have hurt us, in an abundance of ways large and small. I don’t mean to imply at all that forgiveness is therefore easy. In my experience, forgiveness is not an action. Forgiveness is a process. It is a mourning, the draining of a basin full of sorrow one drop at a time. Saying “I forgive” once is only a first step on a thousand-mile journey. That first motion doesn’t take you very far; every step thereafter is letting go, letting go, repeatedly letting go. I must think “I forgive” over and over, every time I feel the anger or pain well up in my gut, for as many years as it takes. 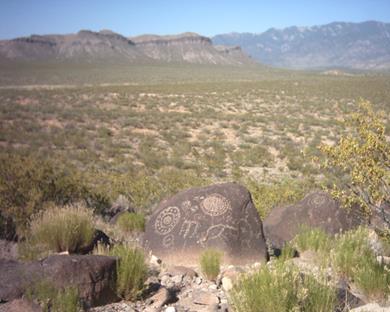 Petroglyphs, Tularosa Basin, New Mexico
We got engaged here in 1999

I will never judge anyone’s journey around forgiveness. It is an intensely personal one, like coming out. Only you will know when you’re ready, and we can only proceed at our own pace. But I will judge my own efforts at and capacity for forgiveness. I will give some thought this week to unfinished business I may have in that department. I will listen to my gut.

I heard my mother’s voice
pronounce my name. And in an instant I passed

beyond sorrow and terror, and was carried up
into the imageless

bright darkness
I came from

and am. Nobody’s
stronger than forgiveness.
–from “Did This Ever Happen To You,” Franz Wright

5 Responses to On Forgiveness