Yesterday, I got an email from my beloved alma mater, the University of Wisconsin. Subject line: “Hurry, while there’s still time.” I thought to myself, “Well, if there’s still time, why do I have to hurry?” Maybe the better statement would be

We get near constant messages that we don’t do enough, that we need to pick up the pace. Go the speed limit, I just dare you—you’ll be taking your life into your own hands.

I don’t accept this mindset. Or I should say, to the extent I find myself able, I attempt to reject this mindset. I choose unlikely moments to luxuriate in having plenty of time. I come to a truly complete stop at a stop sign and breathe in and out before I start back up. (I know, it’s practically un-American!) I let someone go ahead of me in line at the grocery store. When a harried restaurant server apologizes that my meal is taking a long time, I say, “That’s ok. I’m in no hurry.”

I must confess my own shortcomings, however. If not, the Professor might point out that I am often in a hurry, because I wasn’t in a hurry. I have a way of dawdling until I’m almost late. My ex once said, “Are you listening to yourself?” after I had uttered the sentence, “Hurry up so we don’t have to rush.”

Last Saturday, the Professor and I toured the Georgetown Steam Plant in Seattle. It’s an electricity-generating facility that was built in 1906. I’m interested too, but the Professor especially likes what she calls “industrial tourism.” We’ve done the county waste treatment facility tour. We’ve been to the Hanford nuclear facility. We’ve done three electricity plants, the last two (believe it or not) in the past six weeks! The other was the Museu da Electricidade in Lisbon.

The reason I bring it up is that the plant was designed by Frank Gilbreth, best known for his time and motion studies. These studies broke down tasks into minute movements, then attempted to discover the most efficient way possible to perform those tasks by using the fewest movements and standardizing each worker’s performance of them. To many, though, his method’s greatest accomplishment was, rather than efficiency, the grinding down of workers in body and spirit, and the creation of a great deal of stress and injury caused by repetitive motion.

Which brings us to Doris Day, 1957. The Pajama Game was a movie adaptation of a popular Broadway play of the same name. We performed the show when I was a junior in high school. One of the songs, “Racing with the Clock,” is about this very topic—only much more entertaining than the studies themselves. (Also, I’m relatively certain that adding choreography to a task cuts down on efficiency considerably.)

So breathe, relax, refuse to hurry, and opt not to race with the clock. But first, hurry—watch this clip! Only 1:41, less than two minutes. I’m sure you have time.

It is not very likely that you should be who you are. Say you were born at 2:42 p.m. on March 20th, 1958, to a plumber dad and a stay-at-home mom, in Tallahassee. How likely is that? Not very. It is equally unlikely that you might have been anyone else in the universe. Infinitesimally unlikely, in fact. Because how likely is it that you might have been born at 11:18 a.m. on July 21st, 1983, to a stay-at-home dad and a surgeon mom, in Stockholm? Not very. 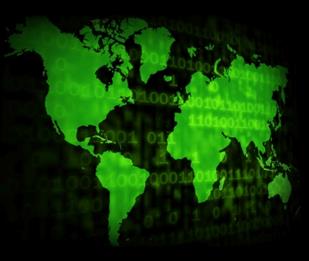 By Stuart Miles at freedigitalphotos.net

Still, it is highly likely that SOMEONE would have ended up being you, or approximately you. It just happened to be you.

So go with it. Occupy that slot you got slid into. Squirm and wiggle. Fight. Turn that slot into something less narrow, deeper, more your shape. Some call this blooming where you are planted. I think maybe it’s just choosing to be.

A review of Broken For You, by Stephanie Kallos

I wrote this rant for goodreads, but The Professor tells me it should also be a blog post. (She bosses me around. I like it.)

If you aren’t familiar with the book, this bookrags synopsis will give you enough context.

**
About halfway into this book, I thought it was a 4-star heading for 5. I liked the characters and thought the plot structure was coming together nicely. It was downhill from there. Things sort of unraveled and were only resolved by, as another goodreads reviewer wrote, a series of ridiculous coincidences. Deus ex machina, but more annoying.

SPOILERS – avert your eyes.
But what just ruined this book completely for me was the uber-unbelievable premise. I understand that as a young woman in 1946 Margaret might have been overwhelmed by the revelation of the nasty provenance of her collection. But it’s 50 years later! With her background and her knowledge and her apparently almost unlimited financial resources, it never occurred to her until a taxi happens by Paris’ Jewish archive and she looks out at it in a near-death haze, that there might be sufficient records to find the owners of at least some of those items? And even though the collection has been written about in arts and antiques journals–the Parisians were already familiar with it–no one has ever given her a jingle to suggest she might want to look into it, or to offer to look into it for her? And her best idea of how to deal with it is to smash it all up? And the local B’nai B’rith thinks this is a swell idea?

Years ago, I had a terrible falling out with a friend (we’ll call her Amy) (though her name was Jillian) who never spoke to me again. Our last communication came by way of a paper letter she sent me, full of meanness and invective. As a way of letting go, I burned it up, then used the ashes to write “I Love Amy” on a piece of paper. I don’t remember specifically, but I probably decorated it in some way as well. What I’m saying is, I understand the impulse to crush pain and to heal it by turning it into beauty. The difference? THE LETTER WAS MINE TO BURN. The very first instance–her wedding china–had Margaret breaking her own things. After that, it was all someone else’s.

Or let’s say nothing–not one piece!–could be identified through research. How about a little sale, with the proceeds going to a Holocaust museum, or hey, I know–the Paris Jewish archive! Or seeing whether any Jewish or Holocaust organizations might want the collection as a whole–it would make an incredible juxtaposition to the shoe display–can you imagine the power of that? Margaret’s character does not seem to have contemplated any of these ways of resolving the moral conundrum she was so unfairly strapped with. I know she has a brain tumor NOW, but what has she been thinking the last 50 years?

On her website, Stephanie Kallos mentions a local organization that has as one of its emphases, the idea of healing in the way described in the novel. Sounds great, as long as you’re breaking your own stuff. Read about them here: http://www.seattlemosaicarts.com/

Posted in Uncategorized | Comments Off on A review of Broken For You, by Stephanie Kallos

This is one small thing I do

Last night, I had a little cucumber salad.

As 50 recedes in the rearview mirror—some days slowly, others with startling speed—I ponder ways to keep my life fresh. Not that I think it’s moldy or boring now. I just know that as we get older, we’re more likely to fall into a rut. The Professor tells me there’s little chance of this in my case. I made four moves in my 30s, each to a new job and state/territory. During my 40s, I made two career changes, each requiring new education and a certification or licensing process. This past summer, shortly before my 51st birthday, I started yet another position to mix with my investigation work.

I’m a bilingual field interviewer for the National Survey on Drug Use & Health, a study commissioned by the U.S. Dept. of Health & Human Services that has been around since 1971. I run around neighborhoods in various parts of Washington State, speaking with randomly selected participants and conducting interviews with them. I read maps (print!) and find new places and talk to new people every day. I climb steep driveways and scale stairs. I solve puzzles (if Apts. 3, 4, and 6 are on this side, where the heck is #5?). In all ways, it’s a mentally and physically active job.

My fear is that the decline could happen so slowly that I might not notice. I want to be proactive in continuing to bring new things into my life. I don’t know that I’ll be like my dad, who recently, at 84, left his last (we think) job. Until he was 80, they heated their big Wisconsin farmhouse largely with wood he cut himself off their land. Who can be like that? But I want to stay on the move.

By now, I have a good handle on a lot of my likes and dislikes. I like Thai green curry, 4 stars. I don’t like cilantro or olives or seafood, ever, in anything. But what if there are other things on the menu that I’ve never tried, that I might like? If I always order just the curry, how will I know? And the menu is symbolic of the rest of life. If I only do the things I already know I like, how will I have new adventures and learn new things? If I don’t push through fear—of failure, of the unknown—how will I keep growing? If I don’t bring unfamiliar books, plays, movies, music, podcasts, people into my life, how will I be exposed to new ideas? Travel! New experiences! A life lived! With the help of Dramamine and Ativan, I will yet make that helicopter ride over Snoqualmie Falls.

This doesn’t mean that I feel I have to be constantly searching out crazy new things to do and see. It’s about an attitude, an openness. Most times, it consists of small things. I see the play that doesn’t necessarily feel at first like my cup of tea. I watch a documentary on something I don’t know much about, instead of another Cheers rerun. Or, along with my green curry, I order a little cucumber salad that I have noticed on the menu but have never tried. And—it was delicious.

*****
p.s. Shout out to Intrepid Reader Peter who, at 60-something, recently earned his private investigator’s license and began a new career after a distinguished, 30-year stint as a journalist. No moss growing on you!

Oh, that we could reach so high

*for my great nephew Francis Treadwell, whom we love and remember*

When I was growing up, there was an AM radio station in LaCrosse (WI) that played The Prayer of St. Francis of Assisi every day in the early evening. The recording was a heartfelt but not too dramatic rendition read by a man with a slightly nasal, very solemn baritone voice. I don’t know how many times I must have happened to listen to it when I was driving around—I never would have had that station on at home—but I can still hear it, and can recite parts of it from memory. If we could meet the aspirations expressed here—even a few of us—how much nicer the world would be.

Posted in Uncategorized | Comments Off on Oh, that we could reach so high